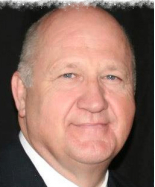 On Sunday morning, September 8, 1973 at Brownwood Baptist Church in Mableton, Ga, I accepted the Lord Jesus Christ as my personal Saviour.
I was not raised in a Christian home. I only remember two times in my childhood that we went to a Church service. As a rebellious teenager I was kicked out of high school five times in the twelfth grade. I quit three months before graduation.
&nbsp;
I went deep into rock music and drugs. I well remember the night a Deputy Sheriff and my step dad were dragging me into the hospital on an overdose of drugs. They worked with me for over six hours. I almost died that night. It was by the Mercy of God that I lived to see another day. The Doctors put me on nerve pills for the next six months. I was having multiple flash backs and muscle spasms.
&nbsp;
I was invited to come to church by a Godly Deacon. On September the 8th, I pulled up in front of the Church in a pea green 383 pistol grip Super Bee. I walked into the Church with platform shoes, bell bottom pants and a silk shirt. My hair was parted in the middle and touching my shoulders. I knew nothing about church or God. The Man of God preached and told me about the Lord Jesus Christ. I was under deep conviction of sin. I did not wait for the invitation to go forward. I jumped up out of the pew and ran to the altar asking the Lord to forgive me of my sins. I have been a Christian for almost 46 years. I have been preaching the Gospel for 45 years. The Lord has been good to me. 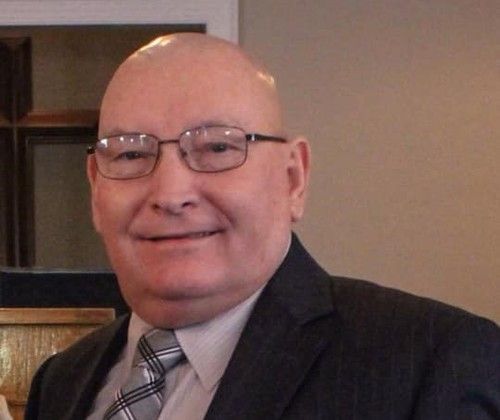 I want to start off by saying, I am proud to be a born again Christian. I am proud to be an American and every time I have been overseas and come home, I get a really special feeling when the plane sets down in the USA, the Greatest Nation on Earth. I also thank God for Israel, let’s all pray for our Great Nation and that Little Nation called Israel.

I was born again September 24th , 1974 and surrendered “By the Grace of God” my call to preach November 15, 1975 and in January 1976 started pastoring . I enjoyed being a pastor and serving as a pastor for 25 years. In December 1999, &nbsp;I surrendered to the Lord’s call to the Country of Mexico as a missionary and have started and planted 165 churches there for 20 years.

I make no apology to say I stand on the AV 1611 King James Bible. Our burden to win precious souls for our Saviour continues to increase. Please pray for The King’s Radio Network as we broadcast the Gospel of Our Precious Saviour. *I (we) really get to go.*In Christ,
Dr. Luther Spivey*Special Note: Dr. Spivey proudly served his country in the United States military August 2, 1968  - January 10, 1970.  In March of 1969, Dr. Luther Spivey received the Purple Heart award for his heroic stand for our country in Vietnam. 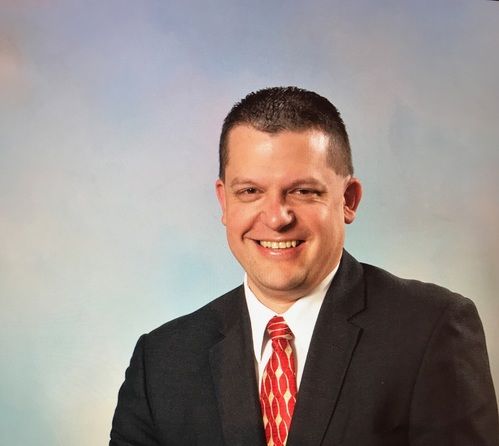 When I was 4 years old my dad told me I could stand up and sing a song in church. I happily took that opportunity to start at one song and finish up with 4 or 5. Needless to say singing in church has been my life for as long as I can remember. . .everything from solos to the choir and family and church quartets in between. Gospel music has been my life. I was saved at the age of 6 years old while attending a Revival service at my home church in Yancey County under the ministry of Bro. Warren Williams. &nbsp;

I was privileged to have a mother who played the piano and my dad could pretty much pick up any kind of guitar and play music while I sang and in some cases, the entire family would join in. Years later I acquired a love for running sound in church, tent revivals and special church crusades. Among those was where I first received an invitation that would end up developing a lifestyle and love for radio that ended up changing my life forever. In August of 1992, I was running sound for the Crusade On The Green in downtown Asheville when Dr. Randy Barton of WGCR Radio in Pisgah Forest, NC asked me if I had ever considered becoming a disk jockey. At first, I wasn't sure if he was serious or not. I soon found out that offer stood.

The joy came when I started training for a life long career in radio beginning with WGCR. When WTOO, a Southern Gospel station in Asheville switched ownership and became WKJV also in 1992, I was hired to work every Saturday and every other Sunday. This was a joy job for a 17 year old guy like myself. We started with two turntables, a CD player, a couple of cassette decks, two cart machines and an old rotary type control board with pots.


Through the years I continued to announce and later became the Promotions Director, Sales Manager, Asst. Manager and eventually the Station Manager in 1997. I was honored to the have the opportunity to work with Dr. Wendell Runion and begin broadcasting worldwide on the internet August 15, 2000, then six days after the World Trade Center attacks in New York City, WKJV received a power-up status from the FCC and grew the station from 5,000 watts to 25,000 watts on September 17, 2001.

In December, 2004, I resigned my position as Manager to further my education and pursue a degree in Information Systems Security. It was during that time that I was hired to join the team at Buncombe County Emergency Management and became a 911 Assistant Telecommunicator Supervisor. In May, 2018, while working in Emergency Management, I received a call from the staff of IBOM, which owns WKJV, to come back and once again manage WKJV after the passing of Bro. Runion. After much thought and many days of prayer, I decided to return to the forefront of AM radio and sign back on.

At present I volunteer as a Radio Consultant Adviser for this ministry.
Dr. J. Wendell Runion
Founder of IBOM (Memoriam) 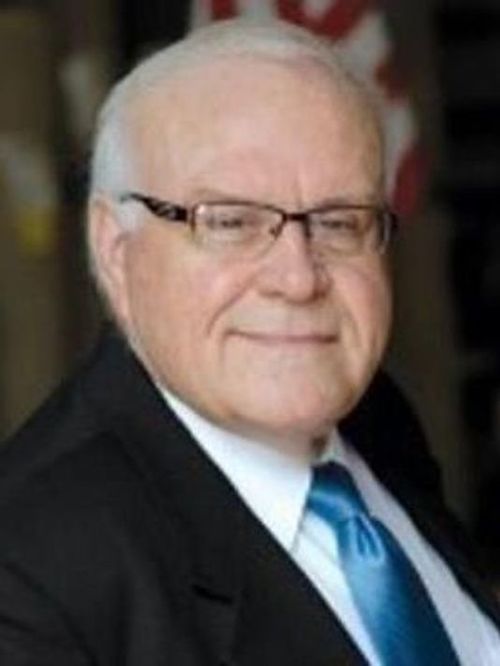 Dr. Runion began his foreign missions work while pastoring the same church for 21 years. &nbsp;His burden grew from one country to several countries after seeing the great need and the people's response to the gospel.

His burden is to start as many churches as possible in his lifetime. &nbsp;His philosophy is that if one goes and preaches one time and many get saved, that's wonderful, but if one plants a church which can preach to them again and again; that's even more wonderful.

On April 7, 2018 Dr. Runion was called home to glory.  He left behind his wife, Joyce, and their 3 daughters, Lynn, Angie, and Hannah.  He also left behind a legacy to be carried on by those connected to IBOM.
Dr. Runion's Obituary
Ron Gaddy
Production Manager / Morning Announcer 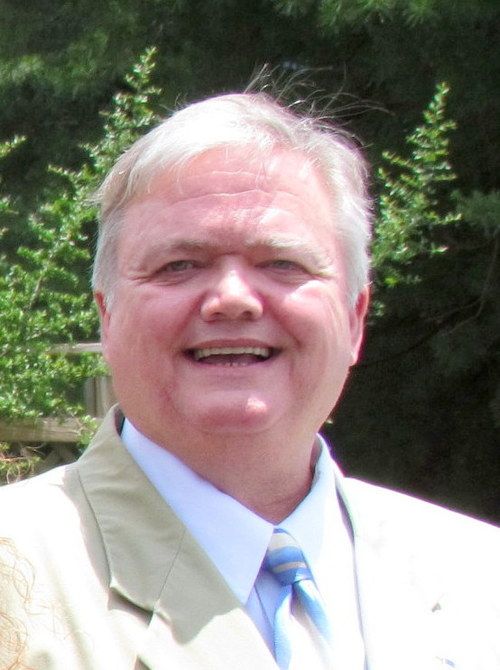 I was saved in 1972 in my hometown of Marion, NC.  I started in radio in 1985 after I left the Army.  I have only done Gospel radio and I am thankful to God and the Lord Jesus Christ for letting me do this wonderful work. By playing old time Gospel preaching we put into action Romans 10:14 and 17 which says (v14)'How then shall they call on Him in whom they have not believed? and how shall they believe in him of whom they have not heard? and how shall they hear without a preacher?......(v17)So then faith cometh by hearing, and hearing by the word of God.'"
Vikkie Metcalf
Office / Traffic Manager 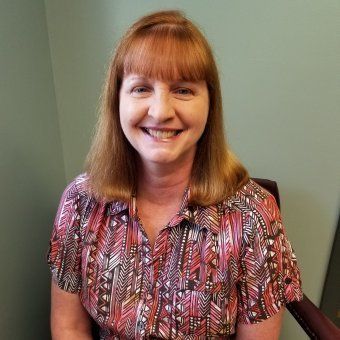 I was saved back in September of 1987 during a visitation from Preacher Runion and a couple of men from the church. My family is saved, and one day I’ll get to see family members that are already in Heaven!
Jay Michael Sumner
Weekend Announcer 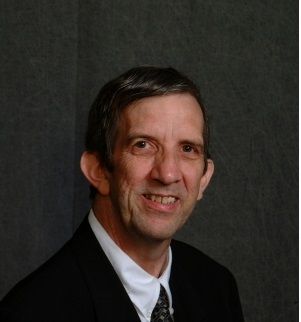 After graduating from Lee Edwards High School, I studied voice and diction at UNCA and also graduated from Elkins School of Radio and Electronics in Atlanta, Ga.

At the age of 17, I attended a revival at Grassy Branch Baptist Church and invited Jesus to come into my heart and save me. My work experience includes WISE Radio, WWNC, WFGW/WMI, AT&T, and now The King's Radio Network, WKJV and WKJW. I am married to Audrie and we have 3 furry children - cats.

My interests include collecting music, bowling and studying the Bible. I am also a member of West Asheville Baptist Church.
Rev. Joel Burton
Afternoon Announcer 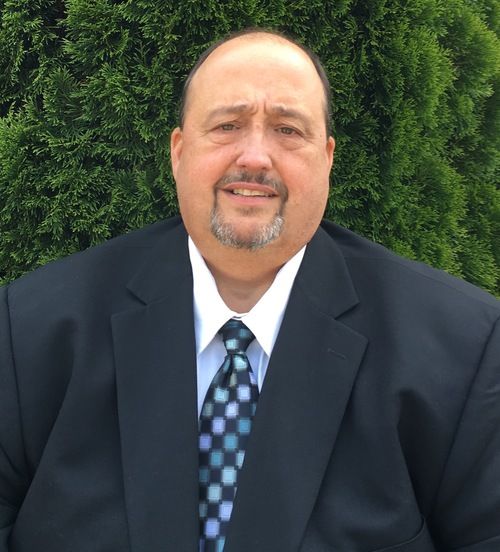 During a Sunday night service, while Preacher Jay Blankenship preached on hell, the Lord spoke to my heart, telling me I needed to be saved. &nbsp; Since that time, I have experienced many mountain tops and struggled thru many valleys, yet the Lord never once failed to always be right by my side. &nbsp;I know this to be true-the Lord will never leave us nor forsake us! &nbsp;The Lord called me into ministry and I started pastoring in 1992. &nbsp;

I am blessed with a wonderful family—godly parents and in-laws, a great wife, two amazing daughters, and six of the best grandkids any Poppy could ever have! &nbsp;My coming to WKJV/WKJW is a great blessing. &nbsp;I am humbly blessed to be involved in such an amazing ministry that broadcasts the good news of Jesus Christ our Lord. &nbsp;Jeremiah recorded these words of our Lord-“Is not my word like as a fire? saith the Lord; and like a hammer that breaketh the rock in pieces?”(Jeremiah 23:29 KJV).

God’s Word is powerful and sharp; “For the word of God is quick, and powerful, and sharper than any two edged sword, piercing even to the dividing asunder of soul and spirit, and of the joints and marrow, and is a discerner of the thoughts and intents of the heart.” (Hebrews 4:12 KJV)
David Wall
Chief Engineer 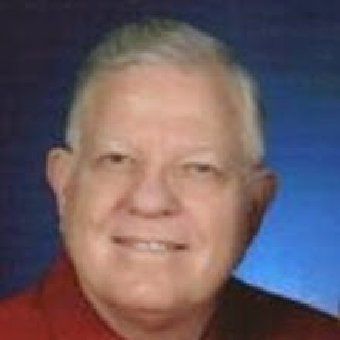 I was born in 1944 in Knoxville, TN. My family moved back to San Angelo,Texas when I was 1 year old. At 11 years old my family moved to Greenville, SC, so that my brother and I could go to Bob Jones (I started in the Academy in the 7th grade – graduating BJA in 1963). I went into the University with Broadcast Engineering as my major.

I graduated from Bob Jones University in 1967 - BSBE. I went to work for IBM in the computer maintenance area and was moved to Asheville, NC to work in WNC that summer. &nbsp;I stayed with IBM until 1981 as senior systems engineer in large computer systems. &nbsp;I left IBM and then worked with a local electric-motor manufacturer as systems maintenance engineer on CNC and automation equipment (including robotics and production equipment). I left that work in 1985 to work with a fellow electronics engineer to maintain automation equipment in the Eastern US from Missouri to New England.

In 2003, God opened an opportunity to allow me to get back into broadcasting and that allowed me to meet Dr. Runion and start working with IBOM/WKJV.